Well, let’s start with a little context. I haven’t always been in the ball-shaving business, but it’s always been a part of me. I remember being early preteen-ish, newly sprouted and quickly matted, trimming down for the first time in my childhood bedroom.

I used what I had on hand – a pair of children’s safety scissors and a zip-lock sandwich bag to hide the evidence. I hid them behind a bag of winter clothes in my closet. Unsure if they’ve ever been found. Fast forward a few years later, I bought a sub-$10 electric razor at a beachside strip mall after losing a mini-golf head-shaving bet to my brother.

I shaved my head that day, and have used that razor (missing teeth and all) to shave everything since, from quarantine haircuts to emergency bushwhacking. It does the job, and it’s never too bloody.

The process has improved (I no longer hide shaved pubes like a dead body), but only marginally, until recently. Maybe also worth noting that I’ve sported various lengths of a full beard for almost a full decade – so given how infrequently I’ve had to prioritize that type of grooming before, the expense has never seemed to make sense when I find myself looking down the razor aisle after picking up toothpaste at the store. 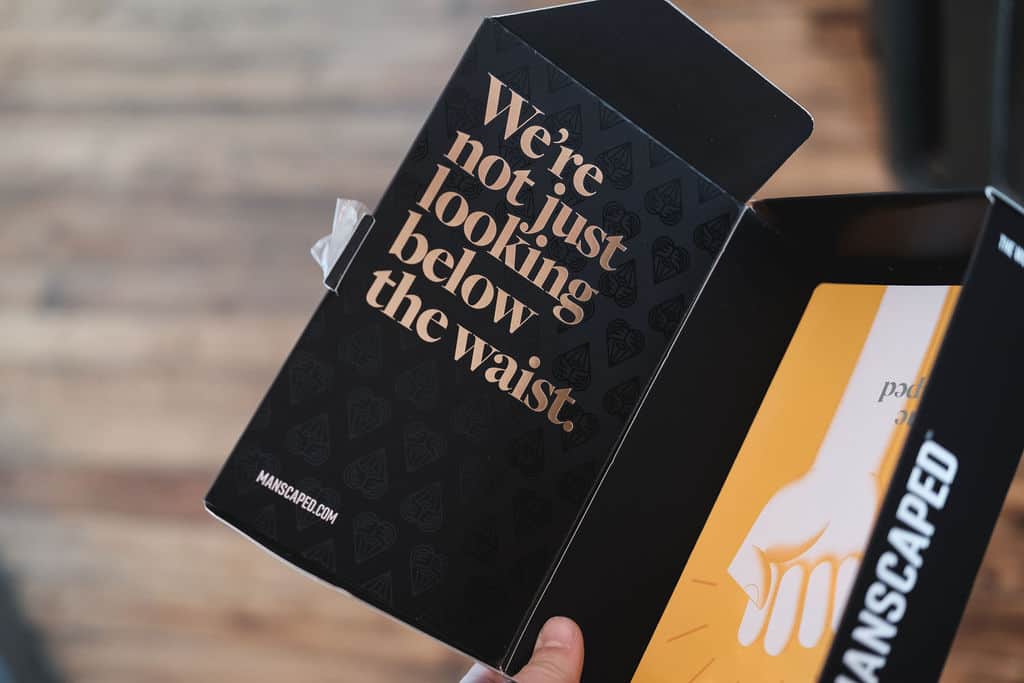 I had a degree of awareness when it came to MANSCAPED™ before my first tour of duty with them – from sponsorship of a podcast I had listened to a few episodes of, a targeted ad or two on Facebook, and occasionally stumbling across their unique breed of comedy and commentary on their TikTok platform (worth checking out for yourself).

Their “Performance Package 4.0” covers all the bases when it comes to this style of grooming, from the first to the last steps. You can grab that for yourself or a loved one with a pretty 20% off using our Next Luxury exclusive link.

So, given all that street cred, it was time to let MANSCAPED™ inside – not literally, but pretty damn close. I am going to shave my pubic hair (henceforth referred to as “The Mission”) – but not just for me, for the good of mankind. 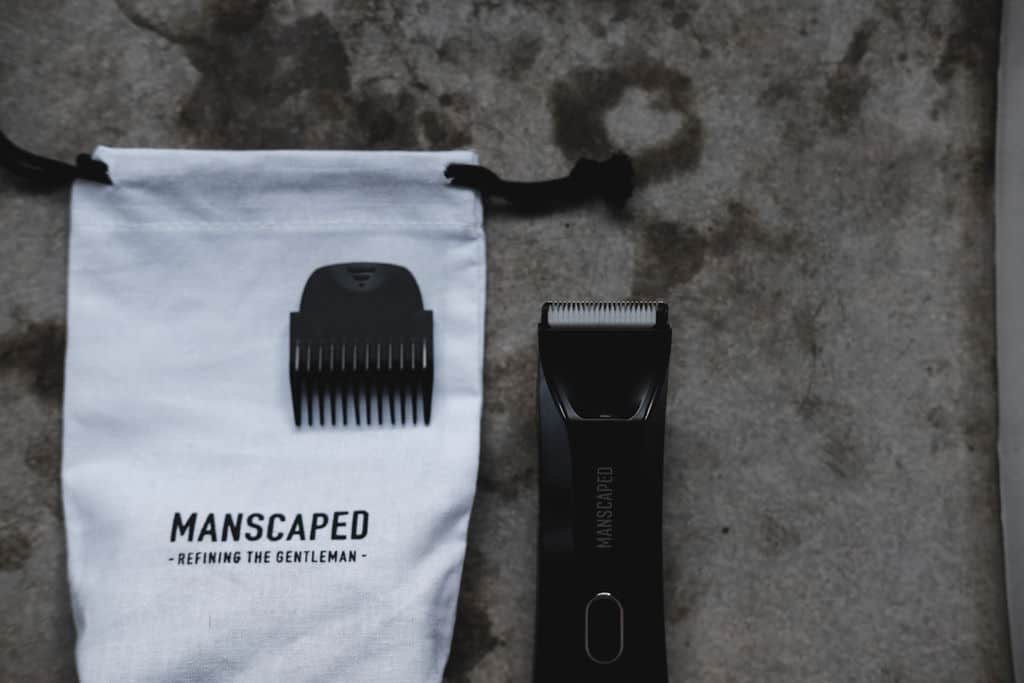 Let me explain – I can be a bit of a neat freak when it comes to my glasses being clean, and I’ll tell you why. Once I overheard a guy at the grocery store tell his daughter that her dirty glasses aren’t just what she sees through, but what the world sees her through, too.

Ultimately – when you take care of yourself, it isn’t just for you. That should apply everywhere, right? So here’s the new protocol: even though I live in a happy, loving home where hair of all lengths is loved the same, it’s a nice treat for both of us when downstairs isn’t a mess.

Grooming is just as much for your significant other as it is for yourself. So, here are a few tips from a self-proclaimed master when it comes to grooming to keep you (and your other half) happy. 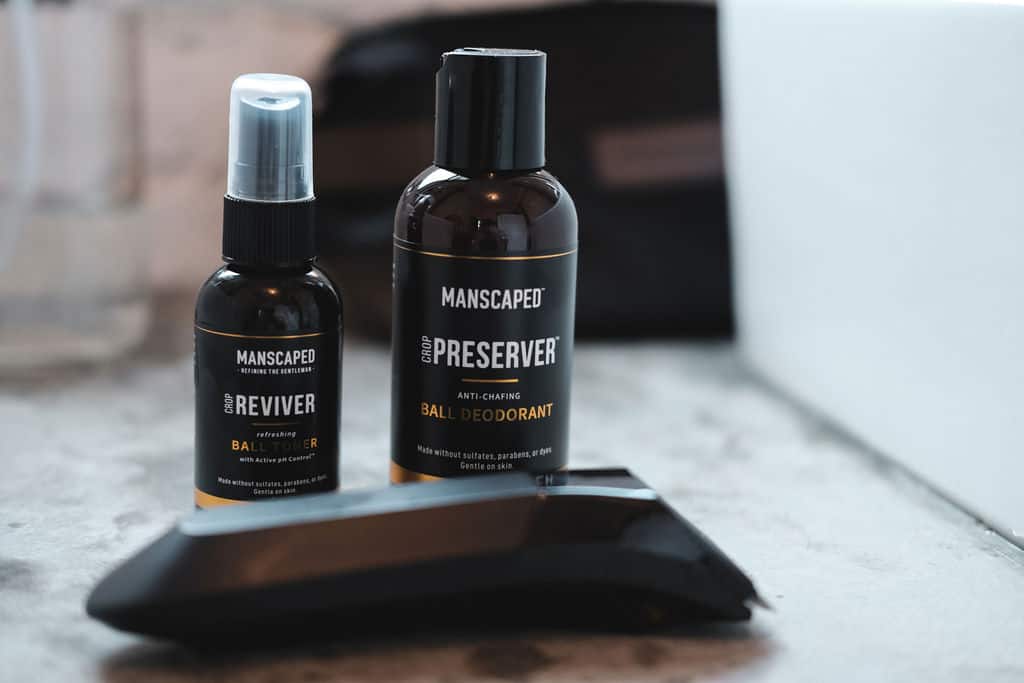 Getting your oil changed, putting your laundry away, filing your taxes. These things are a pain because they take time – but, you have to do them, and you’re better off after you do.

Those things don’t make you feel better after you’ve crossed them off your list, though. This is different – the final product feels good and makes you feel good (and treats your significant other, as well). With that in mind, it’s a personal experience. Unlike the dread of finding the time to make a trip to the mechanic to repair a hole in a tire, set time aside here preemptively so you have a shot at enjoying the process.

Late morning or early afternoon on a day off before a leisurely shower works best for me, but carve out the time (pun intended) in your own schedule where it works best for you. 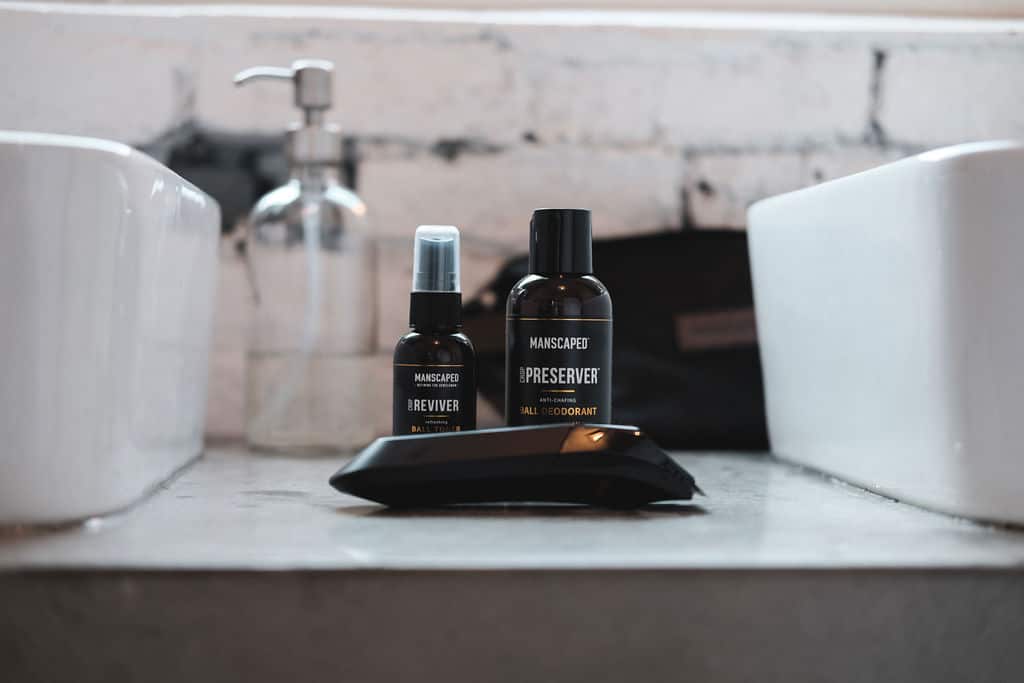 I love my dad. I had a great childhood. I liked school for the most part and felt like I did a pretty good job there. All that being said – this isn’t something anyone teaches you how to do.

Coming from a place where that kind of grooming was only done out of an absolute (and often urgent) necessity, it was important to engage this Mission with an understanding that I might not get it right the first time, and that truly my only goals were to come out somewhat consistent and not looking like I was ready to head to the Olympic swimming pool.

Luckily, it wasn’t as arduous as I thought. I used one of the trimmer guards on the Lawn Mower® 4.0 – clean and tight, and took the guard off for a little spot trimming here and there (carefully, given past experience with a janky old razor).

Ultimately, the highest value to your significant other is the benefit they reap from being with someone that feels confident in themselves. It’s a process to figure out what works for you – something that even with ten years or so of beard-sperience, I haven’t gotten down to a science yet. Don’t expect to get it right on the first try, and don’t overdo it if you aren’t getting exactly what you imagined. 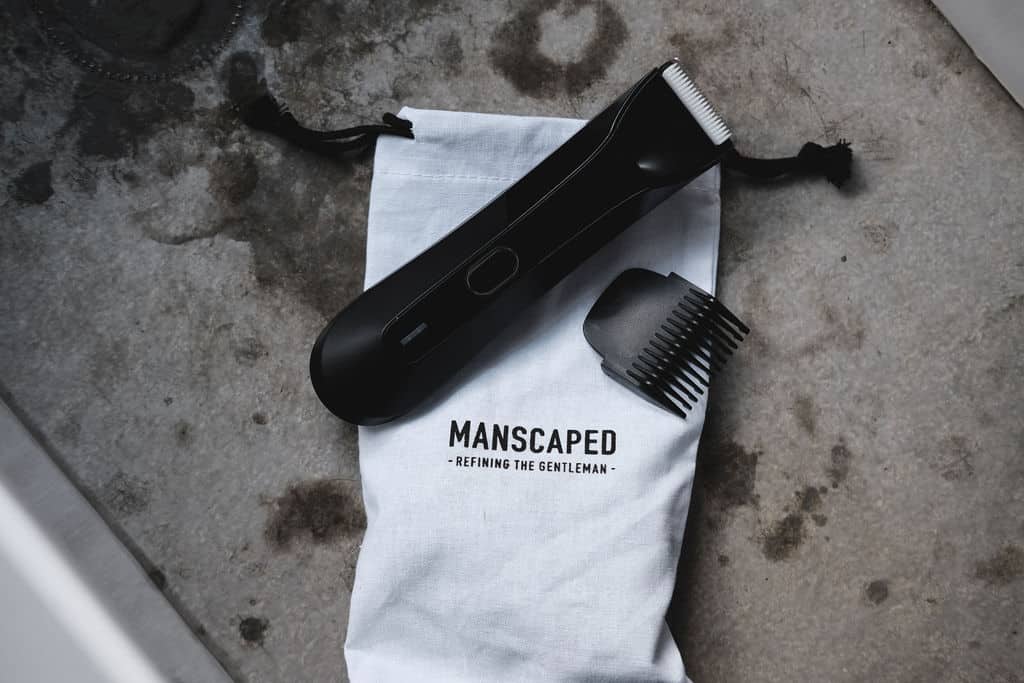 Here’s my advice on the technical side – it’s a lot easier to go back and take it down a little further versus trimming down too far on the first go. I’d be conservative the first time around, utilizing the included guards to give yourself some wiggle room.

That being said, don’t be afraid to go back and clean up with a guard-less razor, specifically at, uh, crease points. You’ll blaze your own trail. 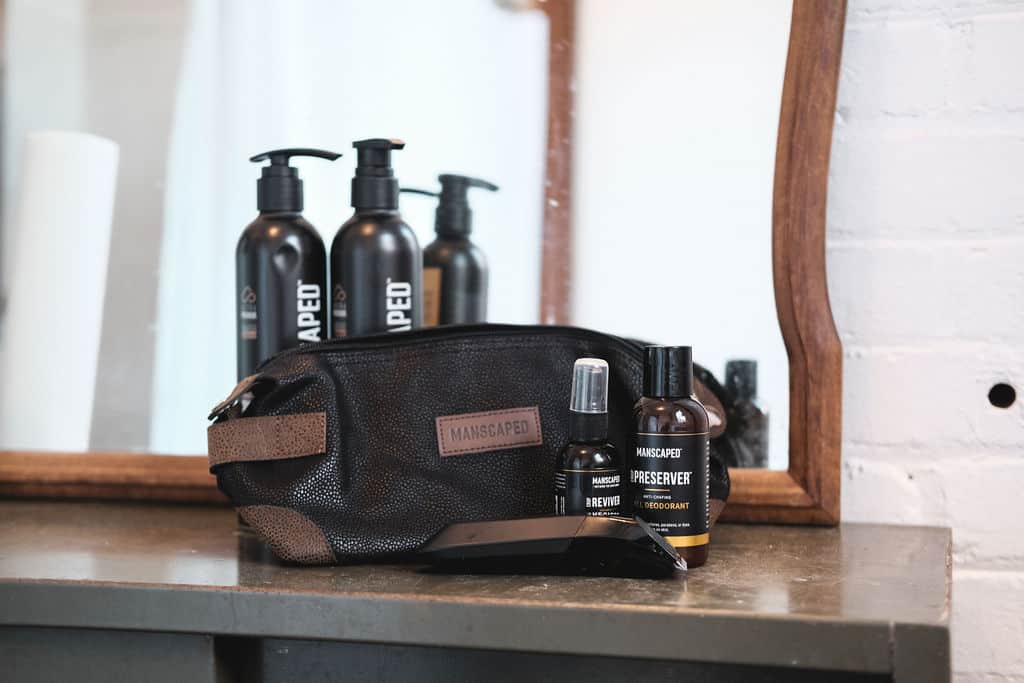 Included in the Performance Package from MANSCAPED™ was a bottle of their branded deodorant, aptly called the “Crop Preserver®”. I’m looking forward to really testing this out on a day with a high forecast of sweatiness – probably sometime on the road or traveling, for my lifestyle.

That being said, even on a day where I kick it in sweatpants all day post-shower, it’s a pleasant follow-up to the usual routine, and without getting into the personal details – leaves you impressively smooth. But that’s more for your own comfort. Let’s talk about theirs. I grew up in a fragrance-sensitive household, and never really played around with personal scent until I was out of the house and on my own. 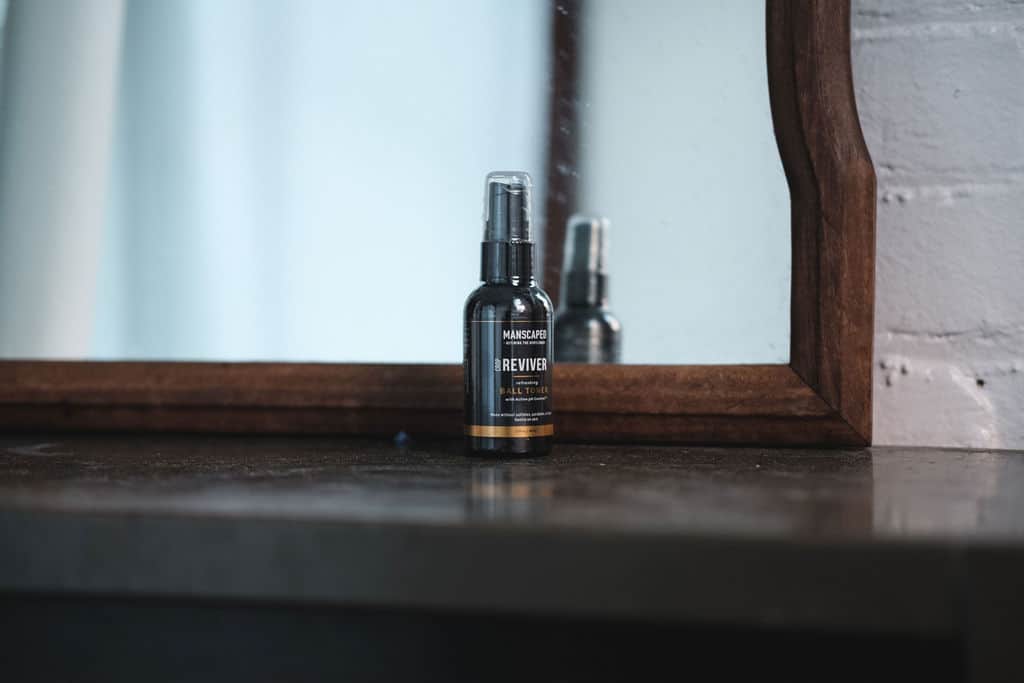 The fragrance of the Crop Reviver® ball toner (that’s right, and I love it) hits the nail right on the head, hovering far above the basic locker-room expectation when it comes to men’s body care, while still being understated enough for daily use without risk of burnout.

This one also shows up with full marks in the smooth and soothed category – formulated with aloe and witch hazel to protect an already sensitive area. I’ll definitely be employing the Reviver for my next trip to the beach. I can never keep sand out of my shorts.

Bringing it back to your S/O here – it’s all about intentionality, man! Do something on purpose. Go the extra mile. The complete package (the puns won’t stop) doesn’t go unnoticed, even if it’s something you wouldn’t have noticed if the roles were reversed.

4. Clean Up After You Clean Up 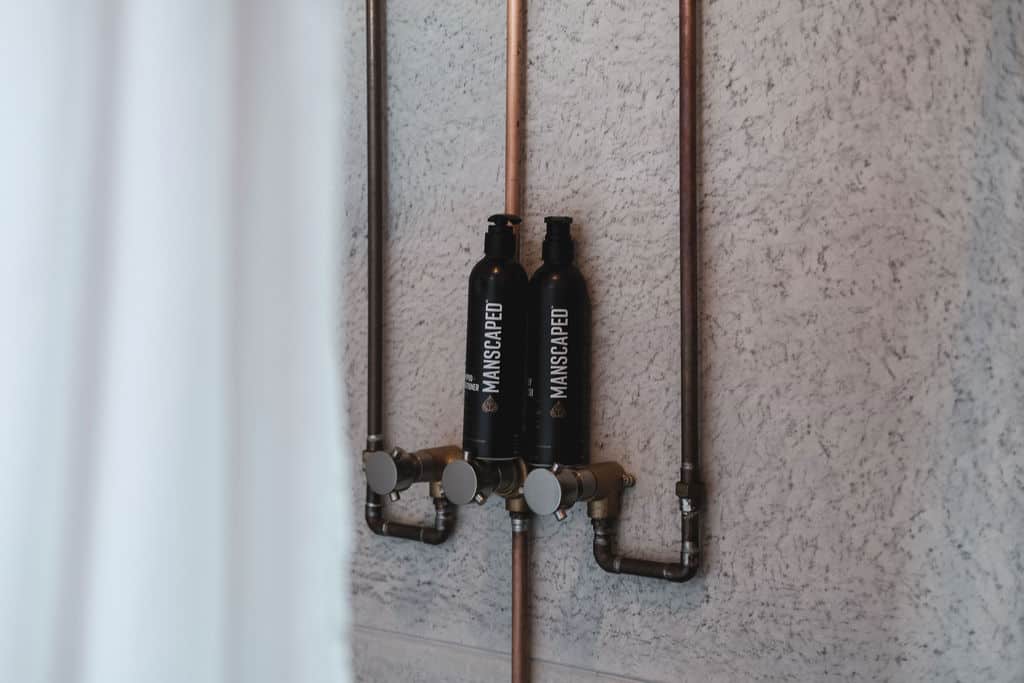 Okay, I knew this one before diving in and hacking away at my undergrowth. As a long-time bearded dude, I’ve learned the consequence of leaving small freshly-trimmed hairs around the sink. Or the toilet. Or in the shower. Or on the floor below the sink. Or in a towel in the laundry basket. Or on the ledge of the mirror attached to the wall above the sink (still unsure how they were able to get up there).

When it comes to keeping everyone in the house happy, your best grooming effort is only as strong as your clean-up game. A wet paper towel has always done the trick for me, but the challenge is not walking away and forgetting it. Though if you leave a big enough mess, that only happens once.

Maybe this level of grooming isn’t for everybody. But I’m going to assume that if you’ve made it this far, it might be. Though not to put myself in the position of a crotch-shaving Messiah, I thought it might be wise to zoom in from a high level and share a few things I really enjoyed about the experience: 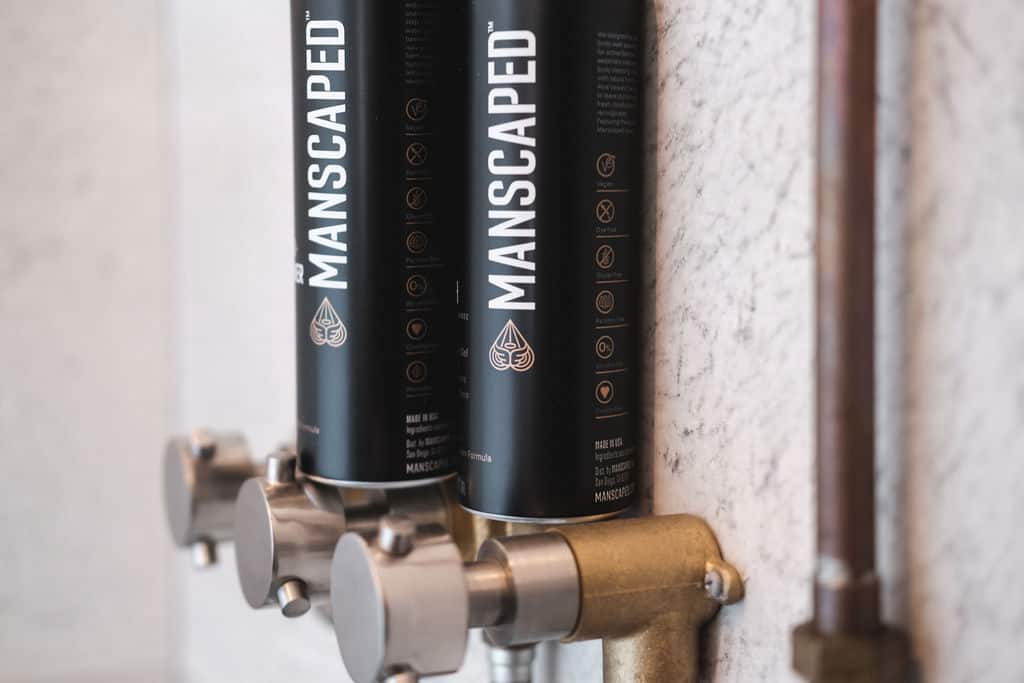 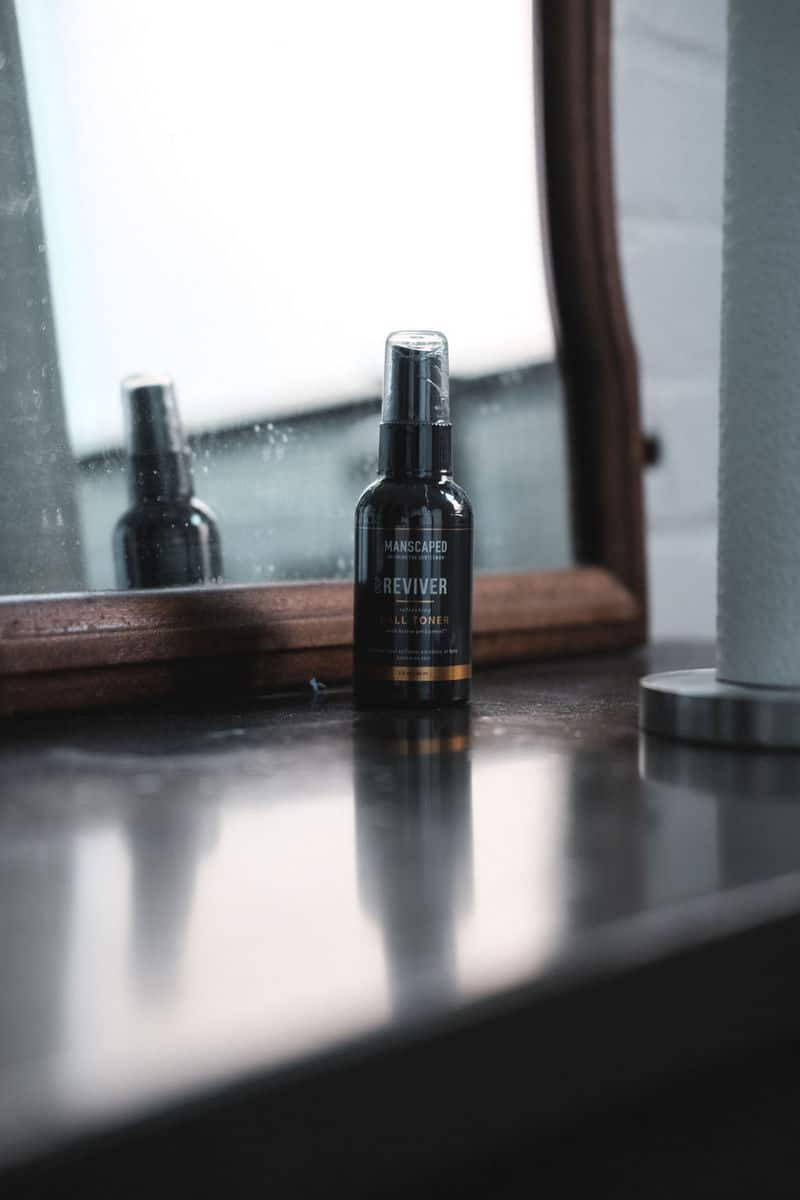 Overall, I think it’s worth a shot – and before rounding out, let’s revisit the idea that it isn’t just for your benefit. A little extra thought and intentionality to bulk up your existing grooming regimen goes a long way and leaves an impression on your better half, as well as yourself. What are you waiting for?

See more about – What Percentage Of Men Regularly Manscape? All You Need To Know About Grooming Downstairs