A cold chill fills the air. Your heart starts to beat faster, and the hairs on your neck stand up. A door slowly creaks open and then slams shut. The sound of feet running across the floor echoes in the house. Suddenly, a fear-inducing screech sends a paralyzing chill up the spine. Don’t turn around. Someone or something is standing behind you. Unfortunately, this isn’t an opening scene of a classic horror movie but real-life. Indeed, these true ghost stories will scare you silly.

For centuries there have been sightings of real-life ghosts all over the world. In modern times, ghost stories and haunted houses are all the rage. People love the feeling of fear. So with that in mind, read on and enjoy these spooky true ghost stories. 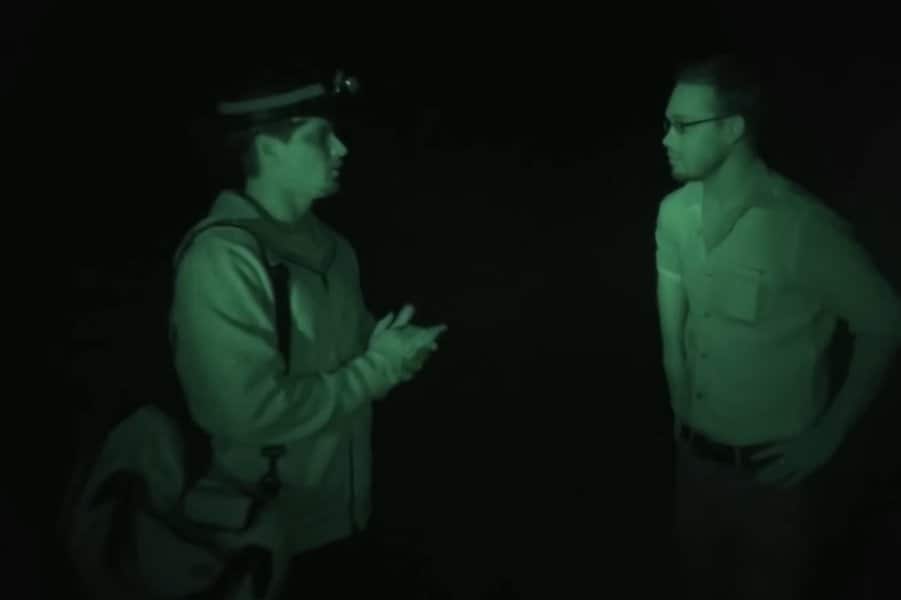 The spooky tale of the Bell Witch is one of the scariest ghost stories. In the 1800s, John Bell and his family moved to a farm in Red River, Tennessee. According to legend, the family began hearing odd sounds, chains rattling, and a woman whispering. Eventually, the Bell family believed an evil entity was haunting them.

As the story goes, The Bell Witch was an old lady, Kate Batts. Apparently, Bell and Batts had a dispute over land, which Bell won, so Batts came back from the dead and haunted the family. Locals believe the Bell Witch was behind John’s poisoning and death. 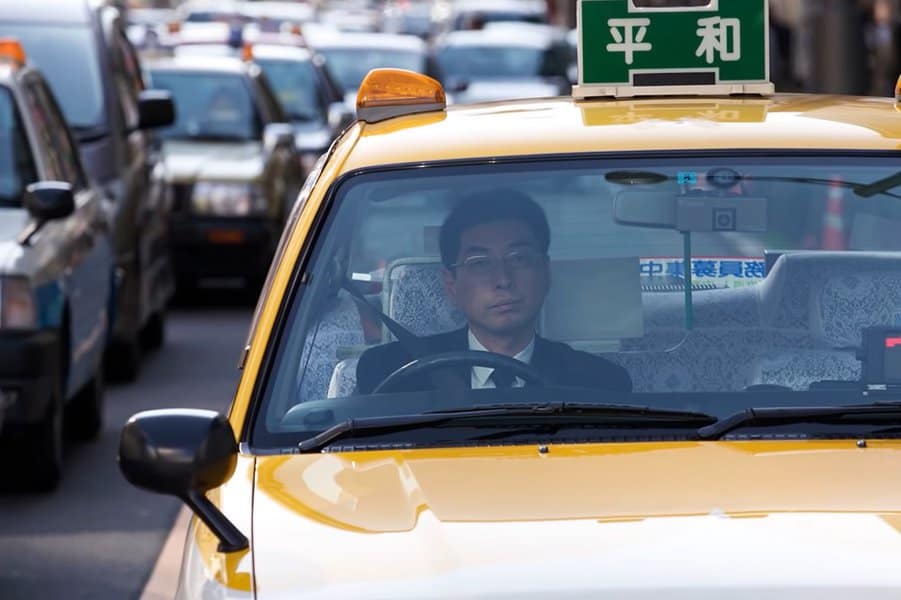 Following the devastating 2011 earthquake and tsunami, cab drivers in Japan reported a terrifying phenomenon called ghost passengers. For instance, the driver would pick up a normal-looking passenger, drop them off at their destination, and suddenly the passenger would disappear.

In one case, a passenger wanted a ride to an area destroyed by the tsunami. The driver explained they couldn’t go there, and the passenger asked if she was dead. When the driver turned around, the young woman vanished. Spooky. 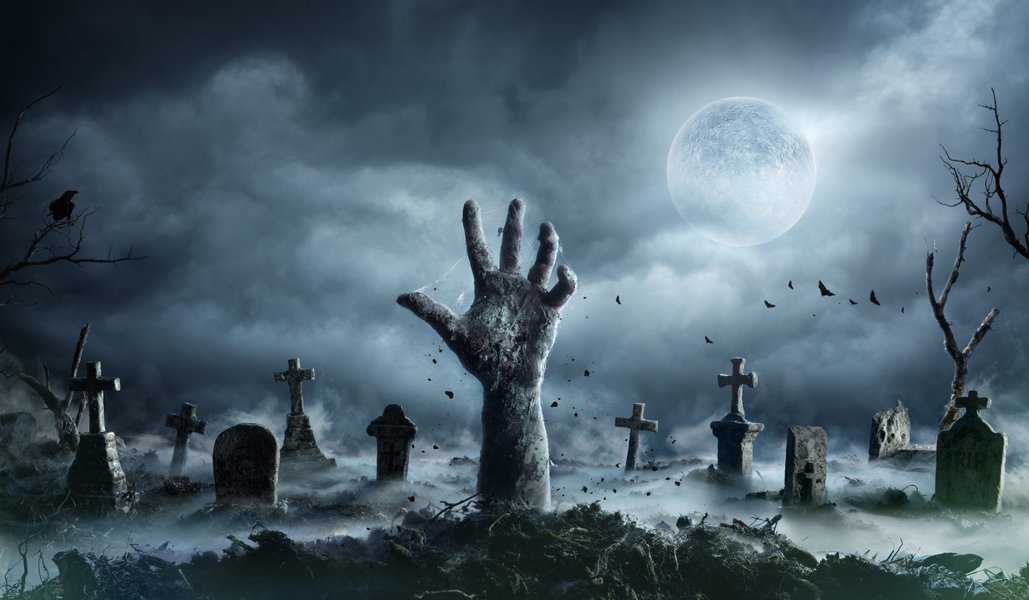 Zombie Road, aka Lawler Ford Road, first appeared in the 1860s and became ghost central in Missouri. According to famous horror ghost stories, Zombie Road is a long road in St. Louis that is full of ghosts, killers, monsters, and spirits.

There have been sightings of Native American spirits and other ghosts. However, none compare with the evilest ghost roaming Lawler Ford Road, the Zombie Killer. As the story goes, the Zombie killer has terrorized the surrounding area for years, adding more lost souls to wander the road. 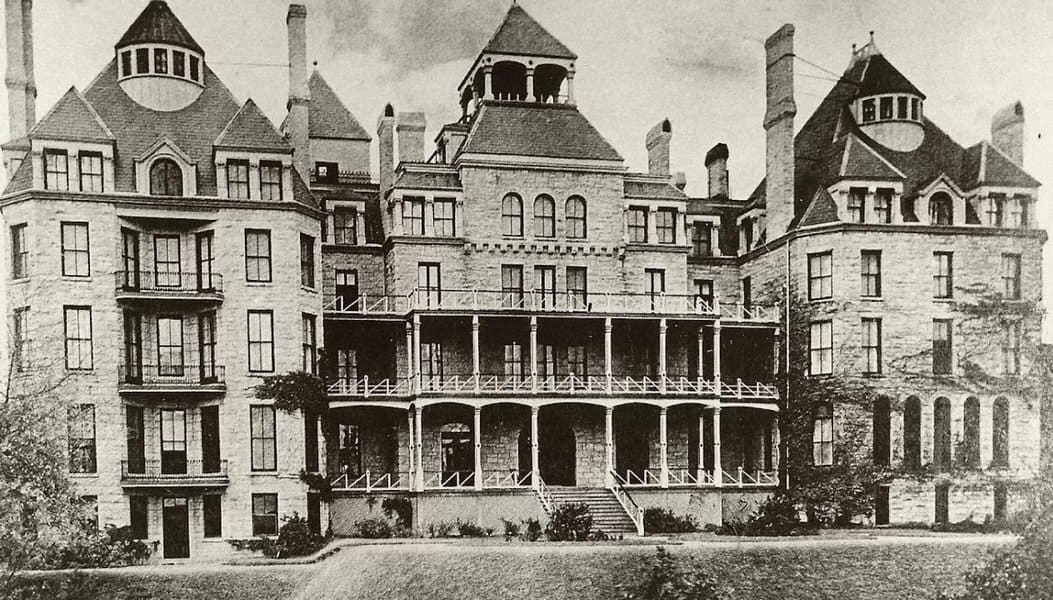 The Crescent Hotel in Eureka Springs, Arkansas, is the most haunted hotel in America. Twisted tales of ghosts haunting the area date back to before the doors opened.

In the 1930s, Norman Baker purchased the location and turned it into a hospital. Baker was a fraud who claimed to have a cure for cancer. According to urban legend, the staff buried several deceased patients in the basement. The wandering ghosts continue to haunt the Crescent Hotel today. The hotel even offers special ghost tours. 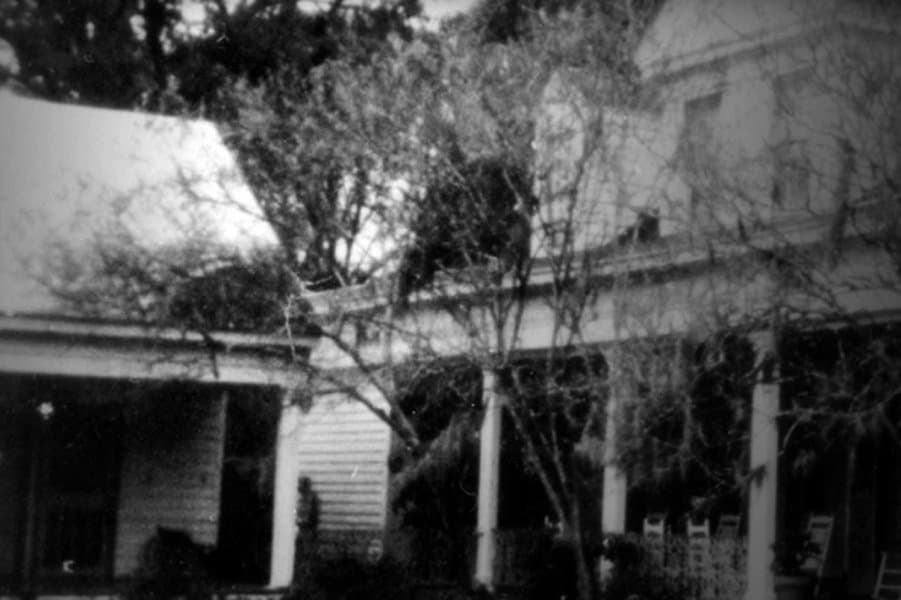 The ghost of a young woman named Chloe still haunts The Myrtles Plantation in Louisiana. Chloe was born into slavery and enslaved to plantation owner Clark Woodruff. According to legend, Woodruff either had a relationship with Chloe or sexually assaulted her. Later, he cut off her ear for supposedly eavesdropping on him.

Chloe decided to get revenge and killed Clark’s wife Sara and daughters with a poisoned cake. Chloe then committed suicide, or the other enslaved people killed her. Regardless, Chloe now haunts the plantation along with a host of other ghosts, including Sara and her daughters. 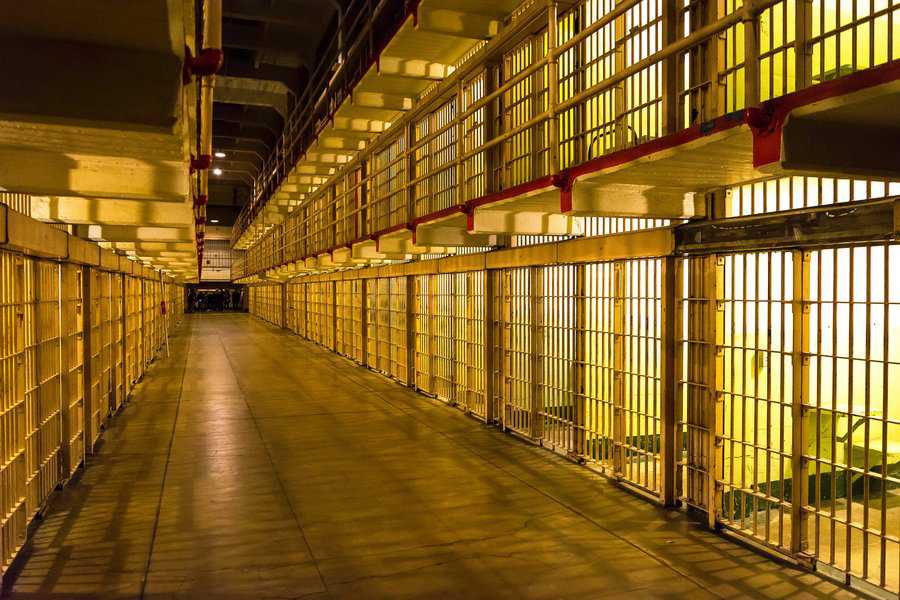 Alcatraz Island, aka The Rock, is one of the most famous maximum security federal prisons in history. Alcatraz sits in the San Francisco Bay just off the coast of the city. It housed some of the most notorious criminals, including Al Capone, who became famous for playing the banjo in his cell.

According to legend, the sounds of Capone playing the banjo echo throughout Alcatraz to this day. The legends also claim that a prisoner one night screamed that something with glowing eyes was attacking him. Guards found the prisoner dead the following day. Plus, guards often reported sounds of a sobbing man they could never find.

7. The Ghost of Kate Morgan 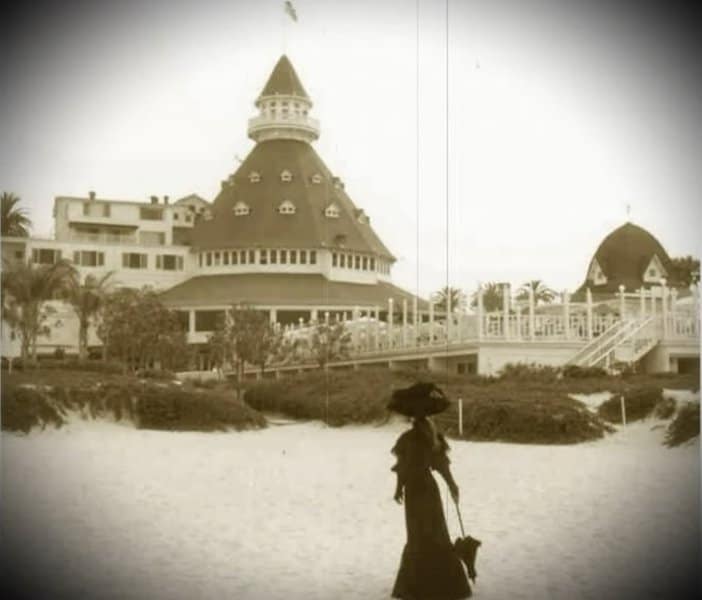 In 1892, Kate Morgan checked into the Hotel del Coronado in California. However, she checked in under an alias and told staff that she was meeting her brother. A few days later, Morgan’s lifeless body appeared on the hotel’s steps from an apparent suicide.

The mysterious circumstances surrounding her death and her lies baffled sleuths for years. According to ghost stories, Morgan haunts the hotel. Guests claim to feel a presence and strange noises in the room Morgan occupied before her death. 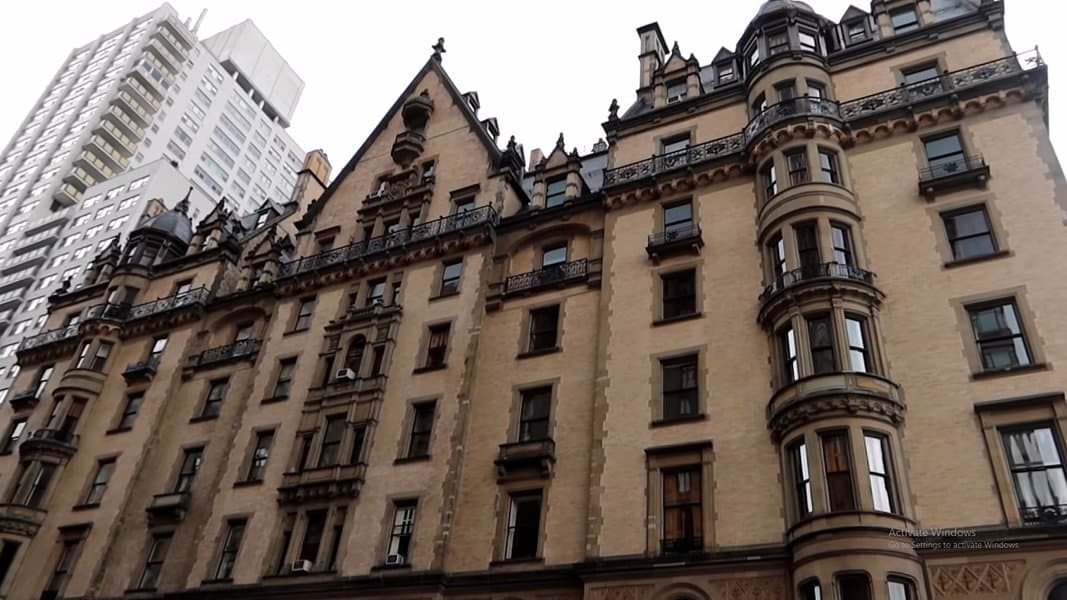 Daze with Jordan the Lion/YouTube

The historic Dakota Apartments is a landmark in New York City constructed in the 1880s. For decades, it’s been home to famous artists, iconic musicians, and frightening ghosts. The most famous spirit haunting the hotel is rock legend John Lennon.

Mark David Chapman tragically murdered Lennon in front of the building in December 1980. According to legend, Lennon saw a weeping female ghost roaming the hallways before his death. Lennon’s wife, Yoko Ono, claims Lennon’s ghost now haunts the building. Ono still lives in the Dakota and once spoke to Lennon’s ghost while sitting at the piano. 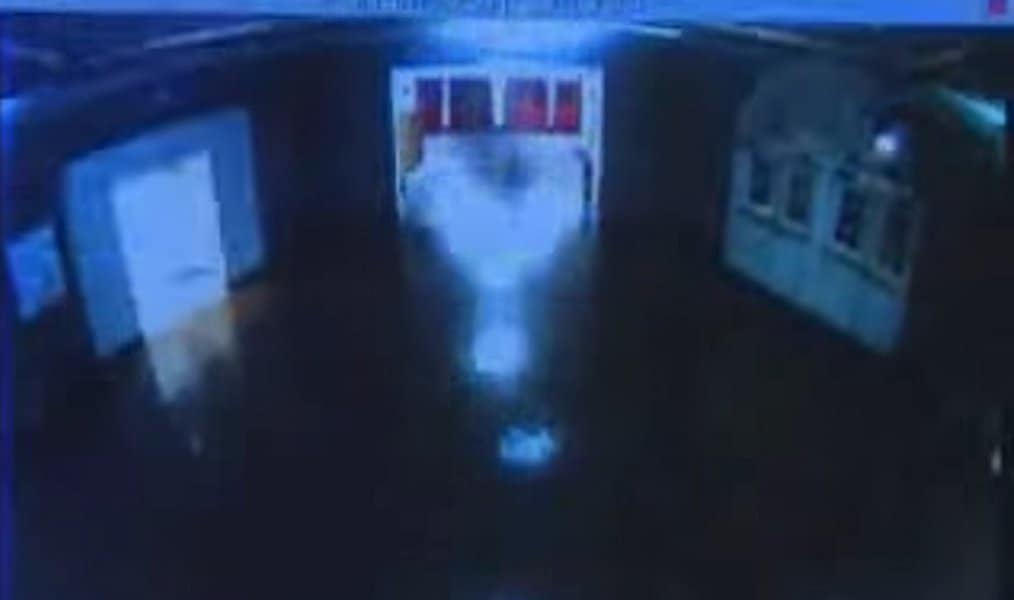 A mysterious figure roams the hallways of Ashville High School in North Carolina. Indeed, the school opened its doors for the first time more than a hundred years ago. Therefore, there are probably all kinds of lost souls walking the hallways.

In 2017, surveillance cameras spotted a mysterious figure walking around late at night. The terrifying image might be a heartbroken student, tormented teacher, or depressed principal.

10. The 14th Floor Kids at the Haunted Hotel Monteleone 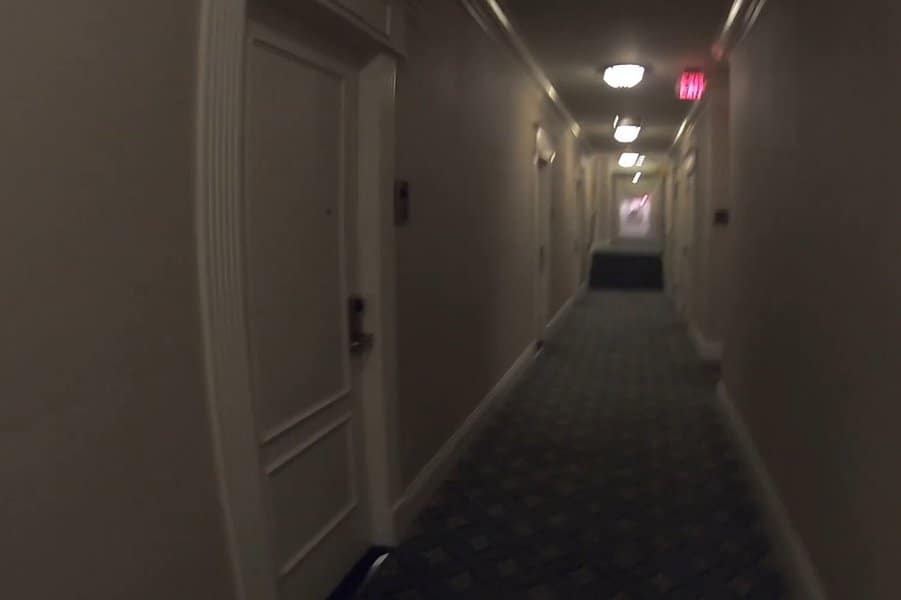 It’s no surprise that New Orleans is the most haunted city in the world. Indeed, ghosts are all over the French Quarter. The city is full of haunted places. However, none compare to the historic haunted Hotel Monteleon.

11. The Ghost of Foreman James Wormwood 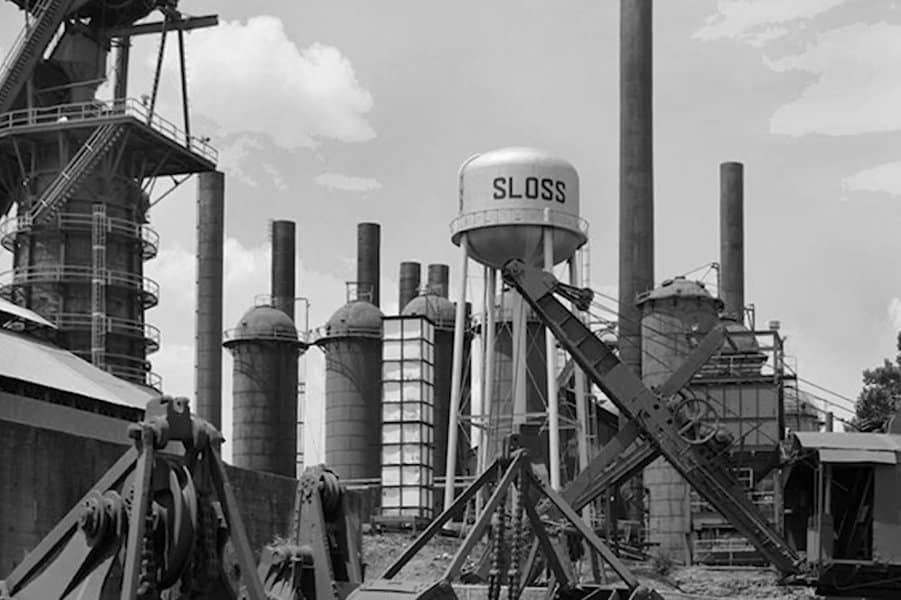 After the Civil War, construction began on Sloss Furnaces to help improve America’s failing economy. Over the years, several workers died from accidents involving the furnaces. The number of deaths increased under the watch of the awful foreman James Wormwood. Eventually, the workers had enough and threw him into the furnace in the early 1900s.

Of course, the ghosts of Wormwood and the other dead workers haunt the location. Indeed, witnesses claim they can still hear Wormwood’s voice echo as he bosses around the workers. It’s a truly horrifying ghost story. 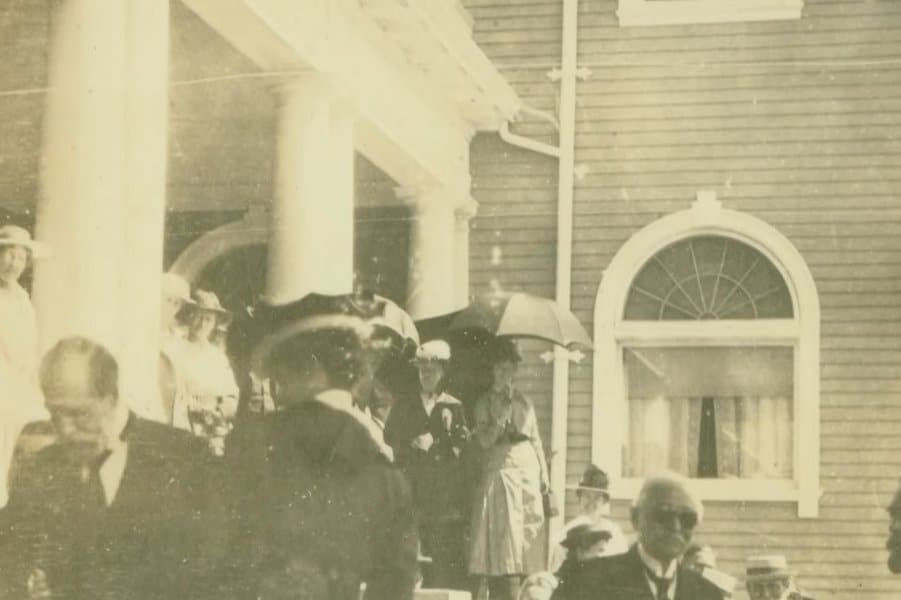 In 1909, Freelan Stanley built the iconic Stanley Hotel in Colorado. According to legend, several ghosts and spirits haunt the famous hotel. Guests and employees have reported paranormal activity such as strange sounds and ghostly sightings. Many guests claim they see a person standing in their room in the middle of the night.

Other guests contend the ghost of Freelan’s wife often plays the piano. Legendary writer Stephen King stayed at the hotel and claimed he saw a ghost standing on the stairs. Rumors suggest the dreadful moment inspired the classic novel The Shining.