When you think of cannibals, more likely than not images of Hannibal Lecter from The Silence of the Lambs spring to mind. In that film, Anthony Hopkins is mesmerizing as the psychotic serial killer who enjoys eating human liver with some fava beans and a nice Chianti. Surprisingly he didn’t base the character on any actual living cannibals but on his drama teacher Christopher Fettes. That’s probably a good thing because if Hopkins spent too much time researching famous cannibals or spending time with them, he might have pulled out of the film altogether.

Cannibals throughout history have proven to be dastardly individuals whose taste for human flesh is unexplainable. Many cannibals suffer from mental illness, while others are just evil. As you will discover, over the years there have been many famous cannibals who have enjoyed devouring human body parts. Just be glad that these cannibals are locked away behind bars. At least the ones we know about anyway… 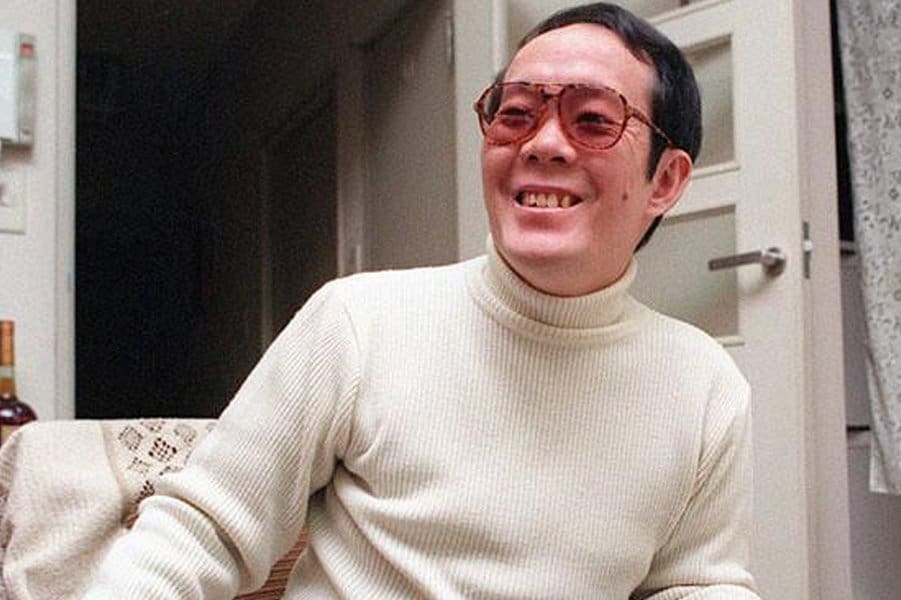 If there’s one cannibal you might have heard of it’s Issei Sagawa. Known as “The Kobe Cannibal,” he murdered, mutilated, raped, and then ate Dutch woman Renée Hartevel. Studying in Paris, Sagawa lured Hartevel to his apartment where the horrifying ordeal took place.

Over the course of two days, he ate various parts of Hartevel’s body, taking pictures of the event in the process. He was arrested attempting to dispose of the bodies in two suitcases.

The crime shocked the nation and many thought Sagawa would rot in jail, but his wealthy parents hired the best lawyers and he was found legally insane and transported back to Japan. Sagawa only spent two years in jail before being released and is a free man today. 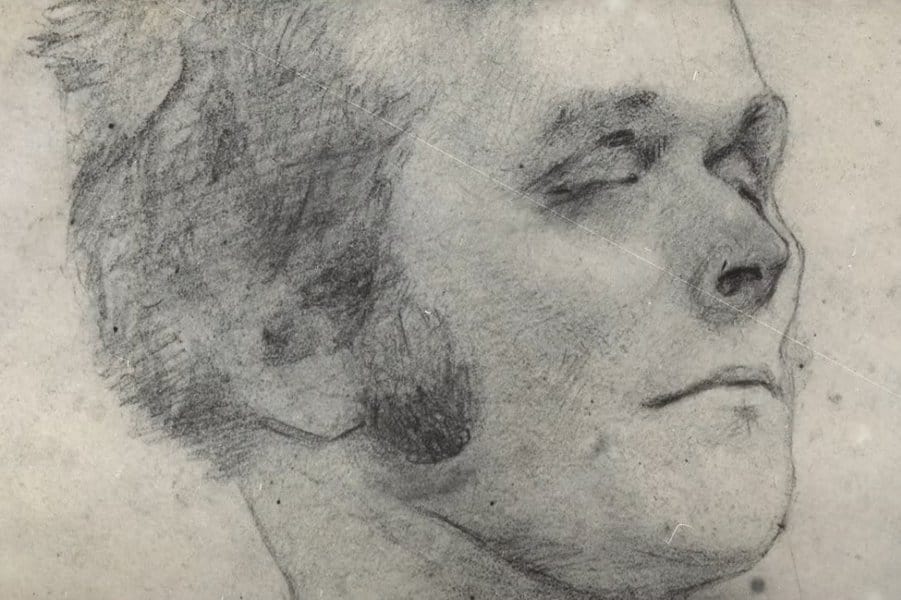 After being convicted of stealing six pairs of shoes, Alexander Pearce was shipped off to the penal colony at Sarah Island in Macquarie Harbour, Tasmania, Australia. He managed to escape with seven other convicts, three of who abandoned him when, after 15 days without food, realized they would need to survive on human flesh.

The remaining four took each other out over several days until Pearce was the lone survivor and eventually recaptured. Although he confessed to being a cannibal, nobody believed him and he was sent back to prison. He escaped once again, this time with a young man named Thomas Cox. When he was captured again, parts of Cox’s body were found on Pearce and there was no doubt that he was an eater of flesh.

Pearce was the first convicted cannibal in Tasmania’s history and the first man executed by the new Supreme Court. Before he was hung, Pearce told those in attendance that “Man’s flesh is delicious. It tastes far better than fish or pork.” 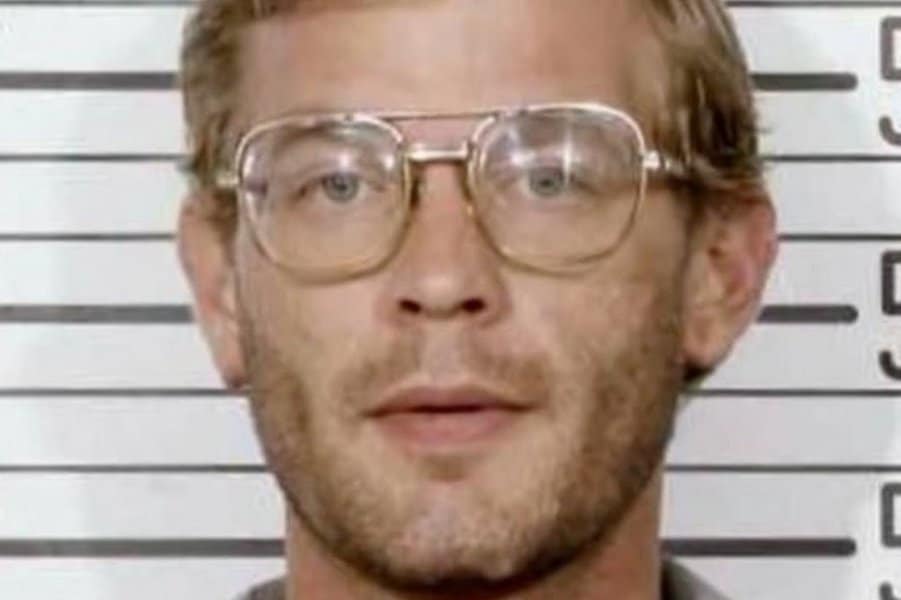 Famous cannibal Jeffrey Dahmer murdered 17 young men between 1978 and 1991. But that wasn’t all the Milwaukee Cannibal did. As his killing spree continued, Dahmer became increasingly violent, with many of his later murders involving necrophilia and cannibalism. He also began keeping parts of his victims, mainly bones, as souvenirs.

Dahmer was eventually captured when his 18th victim, Tracy Edwards, managed to escape and alert the police. Unspursligpinly, Dahmer was sentenced to 16 life terms in prison, but he didn’t last long behind bars. He was bludgeoned to death by fellow inmate Christopher Scarver in 1994. 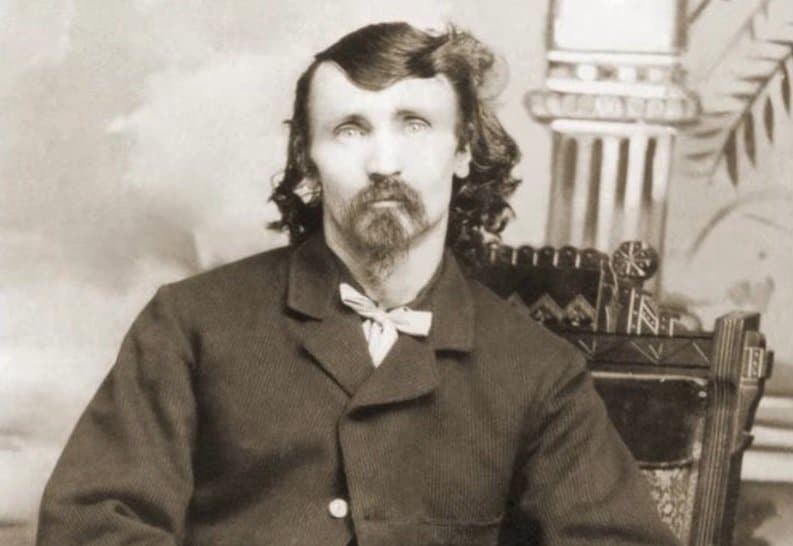 “The Colorado Cannibal” was an American prospector who admitted to killing and eating five men. Alfred Packer and five others tried to cross through the San Juan Mountains of Colorado during winter. Only Packer survived. At first, he said his party had abandoned him, but eventually, he confessed to having killed and eaten the other men to survive.

An unreliable witness (he was a pathological liar), Packer was put on trial for the murder of the party, suffering through two trials before eventually being pardoned and living out his last years in Deer Creek, Jefferson County, Colorado.

Packer is somewhat of a famous historical figure who has featured in comics, books, and songs. South Park creators Trey Parker and Matt Stone even made a successful musical and film based on Packer’s exploits called Cannibal! The Musical. 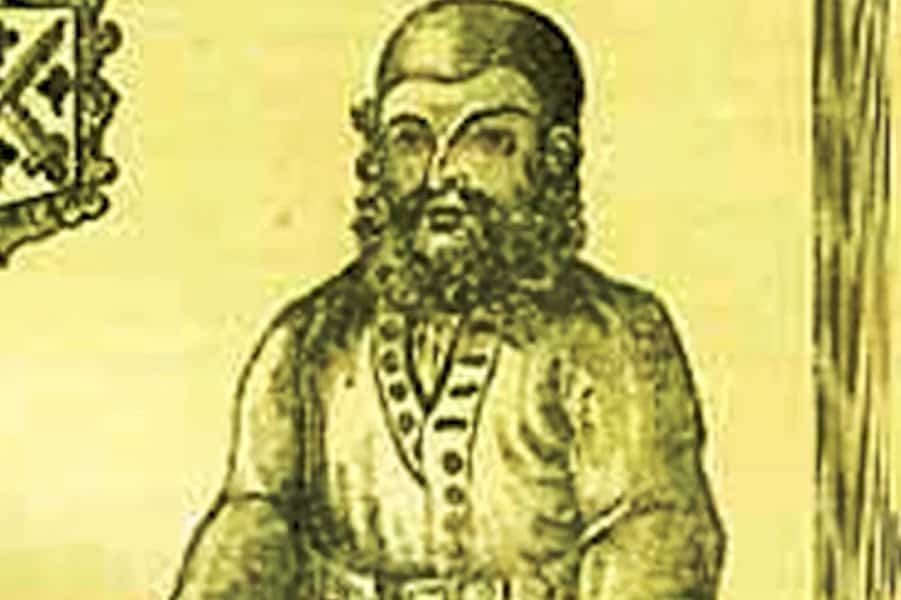 The tale of Alexander “Swaney” Bean is one many believe just to be folklore. He was said to have taken up with Black Agnes Douglas, a witch, and together the two lived in a coastal cave where they would attack civilians passing by, rob them, and then eat them. Swaney Bean and his clan (kids and grandkids) were said to have murdered and cannibalized over 1,000 people during their 25-year murder spree.

Eventually, King James VI became aware of the mysterious disappearances in the area of Bennane Head and sent out a search party to find the culprits. Bean and his clan were captured and executed for their crimes. While some believe he was a real person, there isn’t enough evidence to say either way. 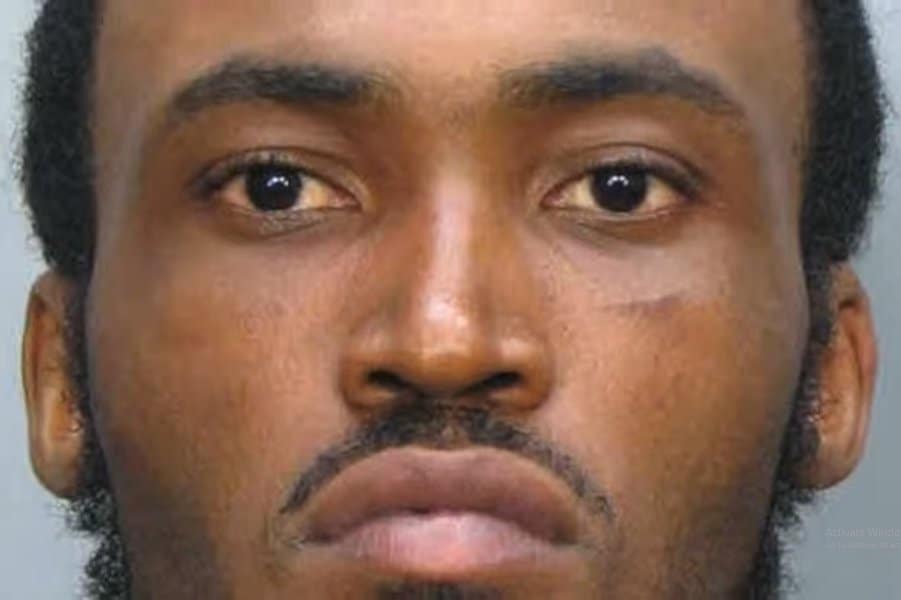 The case of Rudy Eugene is one of the most puzzling cannibal episodes. For unknown reasons, the 31-year-old attacked and maimed 65-year-old homeless man Ronald Poppo. In an 18-minute encounter that was filmed, Eugene accuses Poppo of stealing his Bible before beating him unconscious and eating his face. When police arrived, they told Eugene to stop attacking Poppo, but when he refused, they shot him five times, killing him.

Many speculated that the reason for the attack was Eugene being high on drugs, but his toxicology report only showed signs of marijuana. There is still no answer as to why Eugene attacked Poppo, who managed to make a full recovery. 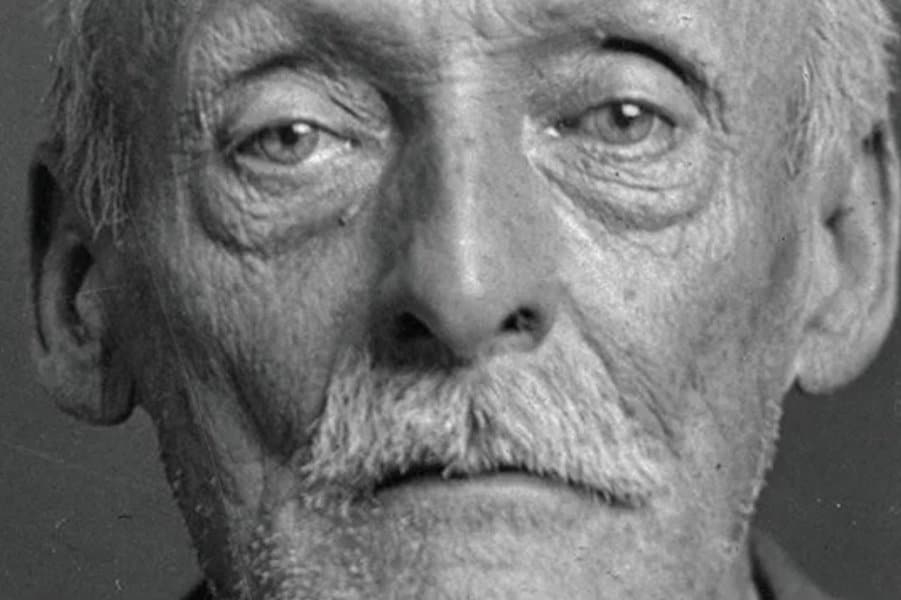 During the early 1900s, Albert Fish boasted of killing over 100 people after being caught, but he was only ever charged with the murder of three children. The American serial killer not only killed his victims, but raped them, tortured them, and ate them. He was caught when he sent a letter describing his cannibalistic activities to the mother of one of his victims.

It was during his capture that police found evidence linking him to two other murders, to which he then confessed. Fish was executed via the electric chair at Sing Sing Prison in 1936, with his reported last words being, “I don’t even know why I’m here.” 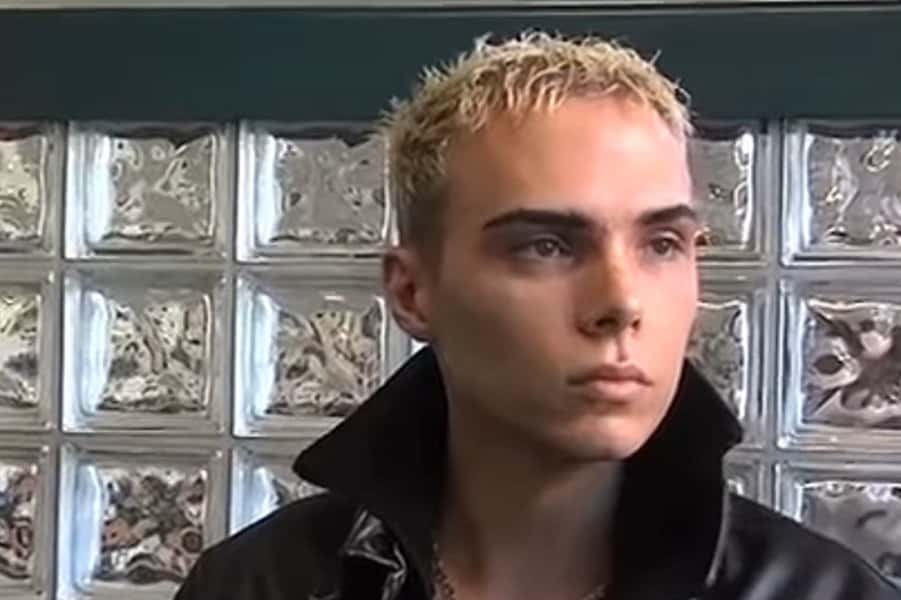 Luka Magnotta is one sick puppy. The Canadian was convicted for the fatal stabbing, dismembering, and cannibalization of student Jun Lin. Not only did Magnotta carry out this gruesome crime, but he filmed it and uploaded it to the internet. He also emailed Lin’s hands and feet to elementary schools and federal political party offices.

Magnotta fled Canada after the murder, eluding Interpol in Paris before finally being captured in Berlin. He was extradited back to Canada and is currently serving a life sentence. 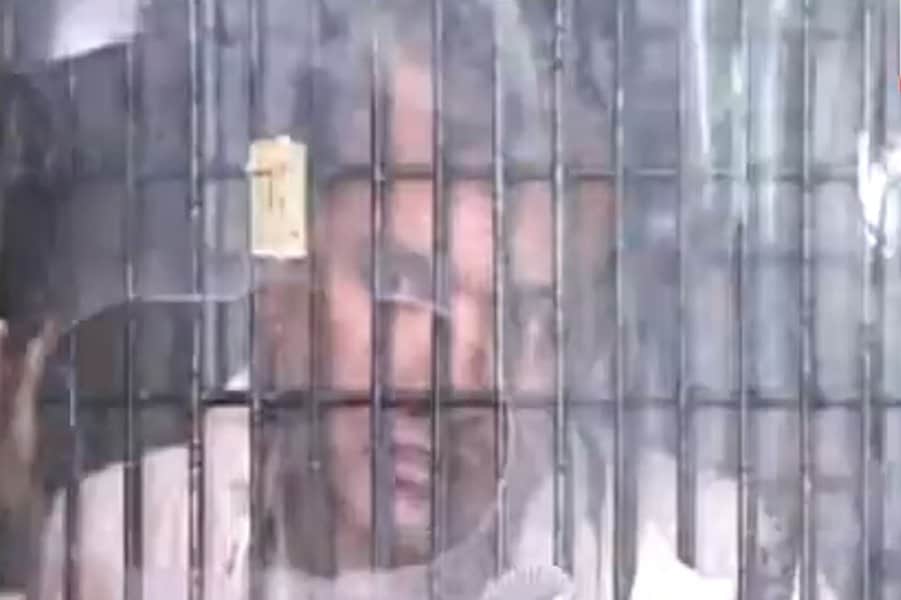 When Alejandra Galeana went missing, the police went to her boyfriend’s place to find out what he knew. When they arrived they found Jose Luis Calva consuming a dish of human meat seasoned with lemon. That human meat turned out to be Galeana, whose mutilated body was found in the apartment.

Police also discovered parts of her in the fridge, flesh cooking on a frying pan, and bones in a cereal box. An unfinished book Calva was writing entitled, Cannibal Instincts or 12 days, along with a poster of Hannibal Lecter, were also in the home.

The evidence was overwhelming and Calva was sentenced to 84 years in prison but died in his cell just a few months later after hanging himself. 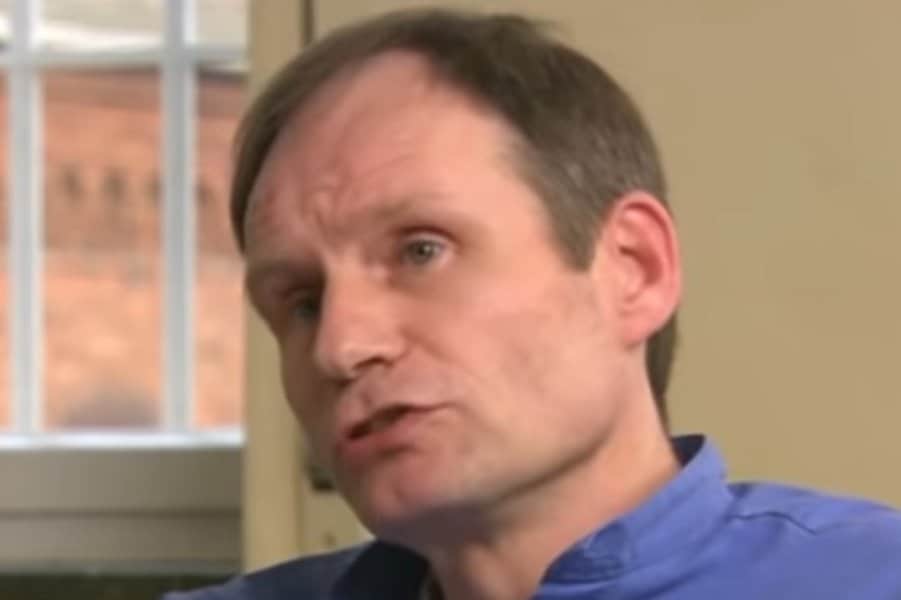 The Devil Is In The Details/YouTube

This tale of cannibalism is stranger than most because the victim volunteered to be killed and eaten. Armin Meiwes placed an ad on a website called The Cannibal Cafe “looking for a normally-built 18- to 25-year-old to be slaughtered and then consumed.” Bernd Jürgen Armando Brandes responded to the ad and met with Meiwes on 9 March 2001.

The two filmed the meeting which shows Brandes agreeing to everything that takes place. Meiwes chopped off Brandes penis and attempted to serve it to him, but it was too chewy. Brandes, who had swallowed 20 sleeping pills, was then led by Meiwes to the bathtub to bleed out. Once unconscious, Meiwes stabbed Brandes in the neck, killing him.

Over the next ten months, Meiwes consumed Brandes’ flesh before eventually being caught. He was initially sentenced to just eight years in prison, but a retrial sentenced him to life imprisonment. He regrets his actions and has since become a vegetarian. 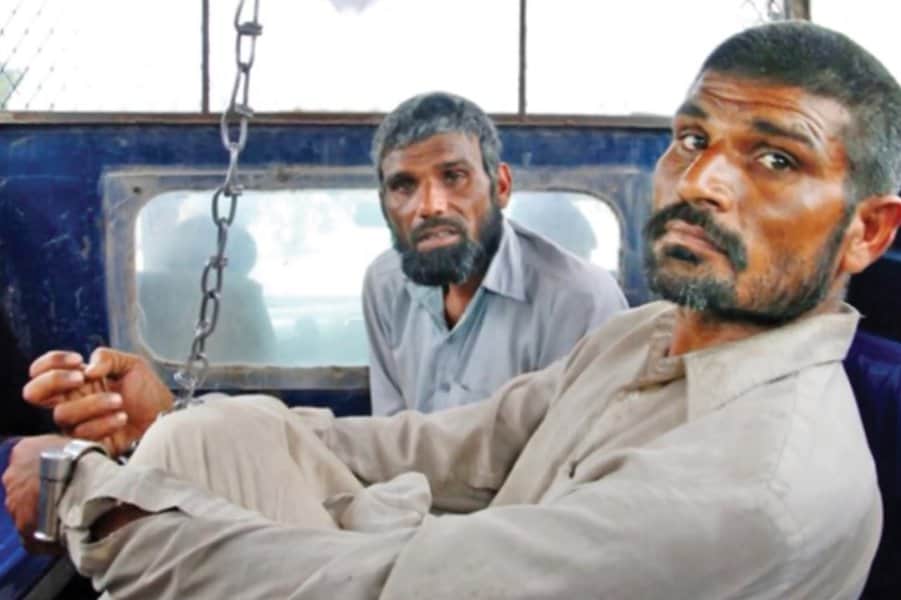 These Pakistani brothers are nasty pieces of work. In 2011 Mohammad Arif Ali and Mohammad Farman Ali were found guilty of exhuming and eating more than 150 bodies. They served two years in prison before being released and continuing their macabre behavior.

The duo was again arrested in 2014 when the skull of a young boy that had been dug up and eaten was found in their home. This time the brothers were sentenced to 12 years in prison after a public outcry. 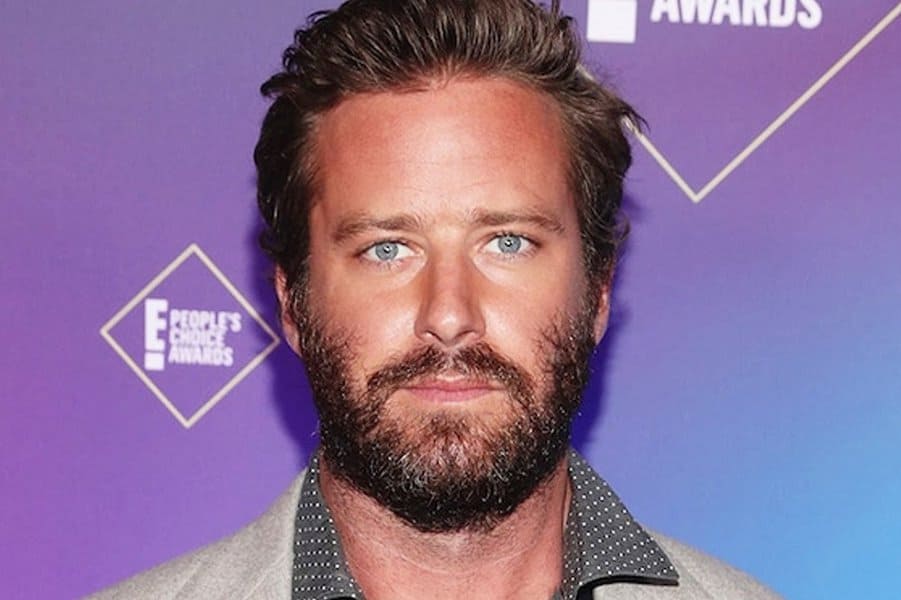 This is one of the craziest cannibal tales to be exposed in recent years. Arnie Hammer is a famous actor who’s been praised for his roles in movies such as Call Me By Your Name and The Man from U.N.C.L.E. It turns out he’s also a cannibal with a long history of sexual abuse.

Things went tits up for the American in 2021 when Instagram page @houseofeffie shared a heap of messages reportedly sent by Hammer to various women. They contained comments about sexual violence, rape fantasies, and cannibalism. In one message, Hammer claimed to be “100% a cannibal.” That’s when even more women came out and shared their horrifying experiences with Hammer.

As you would expect, Hammer denied the allegations, but it was too late. He was dropped by his management firm and lost a slew of roles. He was investigated for rape but those charges seem to have gone away. He is currently selling timeshares in the Cayman Islands where he lives with his wife and two children.

But is he a cannibal or is this just a fetish he has? It’s most likely Hammer just has some sick fantasies, but until it is proven that he doesn’t enjoy human flesh, he can be considered a cannibal in our books.

See more about – The 13 Most Evil People In History